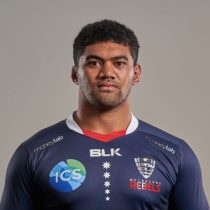 The Wallaby-capped hooker was a keen figure in the Melbourne Rebels U20 campaign in the inaugural Super U20s and started all five games in the World Rugby U20s Championship in Manchester.

He impressed Wallaby coach Michael Cheika in 2017 and was named in the Wallabies squad for the Rugby Championship.

Possessing freakish strength and pin-point throwing abilities, he joined the squad having only played 3 times for the Rebels in Super Rugby.

In November 2017, Uelese committed to Australian Rugby until 2020, after the rising star was recognised for his breakout year.

The Rebels player had his eyes firmly set on the 2019 Rugby World Cup, and was selected as part of the 31-man squad for the tournament in Japan, with him playing in all five of the Wallabies matches as a reserve hooker.