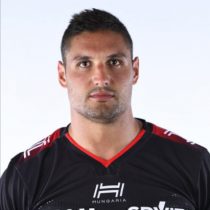 Having spent some time as a young player with Northampton Saints, Kruger returned to Pretoria where he took the Bulls’ No.5 jersey from the retired Victor Matfield and has hardly put a foot wrong since. Although relatively inexperienced at Test level he has shown maturity beyond his years and has the responsibility of calling the Springbok line-outs.

Kruger made his test debut against England in November 2012. Kruger moved to France in 2012 and joined Paris-based club Racing 92 in the Top 14. He spent 3 years at the club scoring 3 tries in his 42 appearances before Toulon offered him a deal ahead of the 2016/17 season. He opted to join to Toulon and helped the side to a semi-final spot in his first season.

In May 2017, Toulon announced that Kruger had extended his contract at the club by one season with the option of an addition year there after.

In July 2019, the Super Rugby-winning lock confirmed he will be leaving Toulon to return to the Bulls in December ahead of the 2020 season.