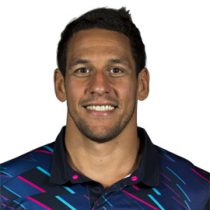 A former winger, Julien Arias represented his country just twice during his 19-year long career but become a legend at his club side Stade Francais.

Having started his career at Colomiers, he represented the club 33 before heading to Stade Francais in 2004.

He won the TOP14 twice with the club and made the final of the Heineken Cup on another occasion.

During his 15-year stint at Stade Francais he made 327 appearances and scored his 100th and final try in his last appearance for the side.

He moved into coaching after his career looking after Stade Francais' backs.