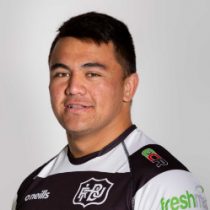 Kereru-Symes joined Mitre 10 Cup side Hawke's Bay in 2018 before he was selected to captain the 2019 New Zealand Under 20 team.

An established young leader, Kereru-Symes led his Hastings Boys’ High School 1st XV through an unbeaten season in 2017 all the way to the National Top Four title where he was inspirational in the Final.

The front rower made his provincial debut for Hawke’s Bay in 2018 against Bay of Plenty and in the absence of captain Ash Dixon went on to play eight matches including six starts.

The 2020 Mitre 10 Cup becomes his second spell with the Magpies.