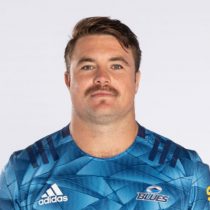 Eklund resembles the old breed of rugby player. A hard-grafting uncompromising hooker who has no fear of putting his body on the line for his team.

His debut for Auckland against Southland in 2015. He played a number of Mitre 10 Cup games for the blue and white hoops before a serious knee injury that saw Eklund out of the game for 14 months.

He has since recovered from his injuries and moved to the Bay of Plenty, providing stiff competition to Nathan Harris.

The hooker, nicknamed Kurty E uses his 1.80m and 105kg frame as a battering ram in the tight stuff but has no problem showing a turn of pace when needed out wide or on the break.

Eklund’s outstanding performances for Bay of Plenty in 2019 led to his inclusion in the Blues team on a one-year contract in 2020. He made his debut for the Blues against the Chiefs in Round 3 of the 2020 Super Rugby season and scored his first try in Round 6 of Super Rugby Aotearoa against the Hurricanes at the Cake Tin. He played 13 games for the Blues in 2020 including seven as starting hooker and was roundly lauded for his energetic performances.

Kurt’s form in 2020 saw him selected as the third hooker in the North squad for the revived ‘North vs South’ clash.

After initially missing out on the Blues squad for 2021, Eklund signed a two-year deal with the Auckland based side in February 2021 following the retirement of James Parsons.