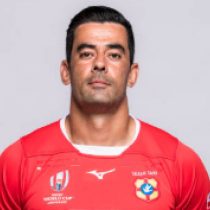 Morath represented Tonga in the 2011 RWC and has played NPC as well as currently playing French Club Rugby. He is an experienced player with a calm head on his shoulders. He will represent Tonga in the 2015 RWC.

Morath joined the San Diego Breakers in the newly formed PRO Rugby competition in 2016 and continued his time in the States signing on for Utah Warriors in the inaugural 2017-18 MLR campaign.

Morath was selected for the Tonga squad ahead of the 2019 World Cup. Unfortunately he picked up a throat injury in the opening game against England that ruled him out of the remainder of the tournament