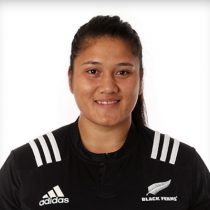 The versatile front-rower can play both sides of the scrum, making her an asset to any squad.

Perese had a standout 2017 Farah Palmer Cup season, playing all eight games for the Heat in the Farah Palmer Cup, starting six on the loosehead side and two on the tighthead.

She scored a crucial try in the semifinal victory over Auckland. A powerful scrummager out of the strong Manurewa club, Perese is also a damaging ball carrier and solid on the tackle.

Perese made her Black Ferns debut in 2018 in the 31-11 victory over the Wallaroos in Sydney. She went on to play five Tests in the season.