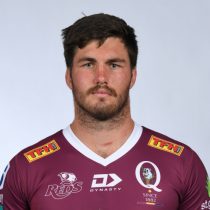 Liam was the Mr Wright for Queensland throughout the Super U20s Championship in 2016 and at the age of 18 has a lot of potential for the Australian U20s program over the next few years. Born in South Africa, Wright’s focus is solely on playing for Australia with the flanker having Super Rugby and Wallabies aspirations down the track.

In 2016 he debuted for Queensland Country in the NRC and represented Australia at the U20s at the 2016 & 2017 U20 Junior World Championship.

Wright has earned high praise throughout his career with Reds' head coach Brad Thorn tipping as one of the country's top prospects.

Despite having no Super Rugby experience the youngster was named in the Wallabies squad to face the Barbarians and featured for the Wallabies off the bench.

Having made his Wallabies debut against the Barbarians Wright signed with the Queensland Reds for the 2018 Super Rugby season.

Wright was an instant hit in his debut season with the Reds making 12 appearances and went on to feature in all of the Wallabies games in 2019, earning a recall to the test squad for the 2019 Rugby Championship.

After earning his 50th caps for Queensland in 2021, the backrow signed a new deal to remain at Ballymore through 2022.