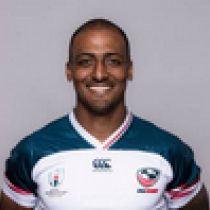 Born in LA, Brache was schooled at Rondebosch High School in Cape Town, where he grew up.

A late bloomer in the rugby world, Brache has been on an upward curve ever since making his debut for the University of Cape Town in the 2010 Varsity Cup. A Western Province Currie Cup cap in the same year, winning the Varsity Cup in 2011 and playing in the Vodacom Cup followed.

More success came in 2012 with a Super Rugby debut off the bench, winning the Vodacom Cup and Currie Cup. 2013 saw the hot stepper signing with the Western Force in Perth on a two-year deal.

After a solid few seasons at the Force, Brache caught the eye of USA Eagles coach, John Mitchell, who brought him into the squad and handed him a debut in November 2016

On 7 May 2015, he scored a first-half hat-trick for the Western Force in their match against the Sunwolves.

In May 2017, Marcel was named in the USA Men's Eagles squad for the Summer Series as well as securing his name for the Rugby World Cup 2019 Qualifiers.

Blessed with strong speed and great agility, Brache has made 49 appearances for the Western Force as of June 2020.