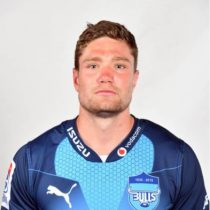 A talented halfback Marco Jansen van Vuren is built in the stature of the late former Springbok legend Joost van der Westhuizen in being unothrodoxly tall for a scrumhalf standing 1.88m tall.

He showed early signs of promise earning a provincial call-up at primary school level in 2009, when he was included in the Falcons' Under-13 Craven Week side. In 2012, he was once again selected by the union to play at the Under-16 Grant Khomo Week competition, where he made three appearances.

He then played in the premier high school rugby union competition in South Africa, the Under-18 Craven Week in 2013, scoring a try in their match against Griquas Country Districts. After the competition, he was included in the 2013 South African Schools squad and he started for them in their 14–13 victory over Wales in Worcester. He again played at the Craven Week in Middelburg in 2014, scoring a try against Boland during the tournament and was once again included in the South African Schools side for 2014.


He made one appearance for the Golden Lions U19 side during the 2014 Under-19 Provincial Championship before officially joining their academy for 2015. He was later named in a 37-man training squad for the South Africa national under-20 rugby union team. He was then included in the final squad for the 2015 World Rugby Under 20 Championship.He featured in the side that would finish third overall. In March 2016, Jansen van Vuren was once again included in a South Africa Under-20 final squad for the 2016 World Rugby Under 20 Championship tournament in England. South Africa would finish fourth overall.

He would go on to represent the Lions in the Currie Cup and Super Rugby making 12 appearances in the former and four in the latter before moving to the Bulls for the 2020 Super Rugby season.