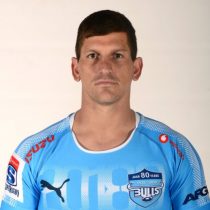 A South African Schools player in 2006 and 2007, Boshoff was snapped up by the Bulls after school.

The flyhalf then got his first taste of senior rugby with the Bulls in the 2009 Vodacom Cup and Currie Cup and remained with the province until his move to Griquas in 2012.

2013 saw Marnitz helping the Lions secure Super Rugby status for 2014. He earned his first Springbok cap in their mid-year test against Scotland in June 2014.

He has remained with the Lions and has amassed 29 Super Rugby caps and 214 points to his name.

In August 2017, Connacht confirmed that Boshoff had been released from the club on compassionate grounds.

Following his release from the Sportsground, the Blue Bulls announced that former Springbok fly-half Marnitz Boshoff has joined the club on a two-year contract.

Boshoff has been named in the Bulls Super Rugby squad and will make his return in the competition after a two-year absence.