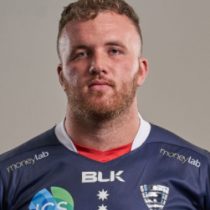 He is a powerful scrummager and ball carrier from the Southern Districts club in Sydney and played for Western Sydney Ramsin 2015 and 2016.

A competitive player, Gibbon earned a spot in the 2019 Melbourne Rebels squad after being a part of a large group of state players who were invited down to Melbourne to trial for a Super Rugby contract during the preseason.

He enjoyed a remarkable debut season, playing in all 16 games and being subsequently awarded the 'Spirit of the Weary Dunlop' award.

Gibbon was also invited to join the Wallabies' training camp before the 2019 The Rugby Championship competition.