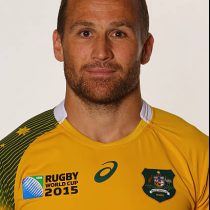 Giteau is a utility back. His usual positions are inside-centre and fly-half, although he started his career as a scrum-half. He played for the Wallabies for the first time in 2002 against England at Twickenham and was a nominee for the International Rugby Board Player of the Year in 2004.

During the 2011 Super Rugby season, Giteau signed with big-spending French club Toulon, a move that would take effect after the 2011 Rugby World Cup. Despite not being selected for the Australian World Cup squad, he could not join Toulon until mid-November, as he was still under contract with the Australian Rugby Union through the World Cup.

In May 2013 he started as Toulon won the 2013 Heineken Cup Final by 16–15 against Clermont Auvergne and in September of 2014 he signed a two year extension with the French Club. In 2015, a change in the Australian eligibility policy opened the door for Giteau to return to the national set-up despite being based overseas. He was immediately included in the 2015 Rugby Championship squad and starred against South Africa in his first match back. Giteau has since gone on to secure a spot in the Wallabies' 31 man squad for the 2015 Rugby World Cup squad.

He became a key player for the Wallabies and reached the Rugby World Cup final, but his World Cup dream was short lasting as he copped a head knock in the opening stages and was ruled out of the match.

In January 2017, Matt announced that he will leave Toulon for Japan at the end of the 2016/17 season to "be closer to Australia."

On 4th April 2017, due to a coaching shake-up, Giteau was left in control of coaching the Toulon backs until the end of the season.

The Australian and Toulon playmaker then confirmed that we will join Suntory Sungoliath for the 2017/18 Top League season in Japan.

He had all but decided to retire when his final season for Suntory Sungoliath ended suddenly in March once Japan’s 2020 Top League season was cancelled because of the COVID-19 outbreak.

In March 2021, he signed a one-year deal with Major League Rugby side the LA Giltinis.