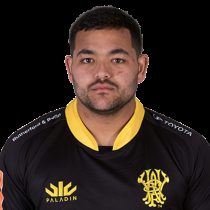 In 2015, Poi was named in the New Zealand Under-20s for the Oceania Championship and was in line for selection to the World Rugby Under 20 Championship, however, he ruptured his spleen playing for the Hurricanes Development team and was consequently ruled out of contention.

Poi was then selected for the Wellington Lions for their 2019 campaign earning four caps.