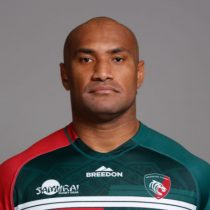 Nadolo's size, style of play and Pacific Islander background drew him comparisons to Jonah Lomu when he signed for the Waratahs in 2008. According to prop Matt Dunning, "he runs like a chicken but he is faster than a lion". He earned an Australia U20's call up in the same year and was the Junior World Championships leading try scorer with 7 tries in 5 games.

Nadolo played his first match for the Junior Waratahs on the 2008 Development Tour of Fiji less than 200 metres from his mother’s village in Nadi. After changing his name to Nemani Nadolo in November 2009, he signed to play for Manly in the Shute Shield for 2010.

He played for the NEC Green Rockets in the Japan Top League between 2011 and 2012 and in October 2013, and signed to play for Crusaders in the 2014 Super Rugby season.

The powerful and extremely skillful winger went on to represent his country at the Rugby World Cup in England in 2015 playing a pivotal role in the tournament for Fiji.

Following the Rugby World Cup, Nadolo was announced as one of Jake White's new recruits for Montpellier's 2017 season in the Top 14.

Considered one of the game’s best finishers, he is currently with Montpellier in France’s Top 14 after impressive showings during stints in both the southern and northern hemispheres.

Early in 2019, he made a surprise announcement that he would retire from international rugby with immediate effect and not be available for Fiji for the World Cup that year.

The outside-back, who is a proven try-scorer and accomplished goal-kicker, registered 222 points in 29 Test appearances for Fiji since his international debut in 2010 and is capable of playing at wing or centre.

He has registered more than 1,000 points in domestic and international rugby, including more than 150 professional tries.

In March 2020, Leicester Tigers signed Nadolo ahead of the 2020/21 season after he was granted an early release from the final year of his Montpellier contract.

In March 2021, he signed a new deal with the Tigers having made nine appearances and scoring five tries for Leicester since debuting during the recommenced 2019/20 campaign.