The pool stages of the Currie Cup will reach a dramatic conclusion on Saturday as five teams battle it out for the three remaining semi-final berths, while Griquas eye the top spot on the log and home ground advantage next weekend.


The log leaders from the Northern Cape host the Golden Lions in Kimberley in the opening match of the weekend on Saturday, which will be followed by clashes between the Free State Cheetahs and Western Province in Bloemfontein, and the Blue Bulls and Sharks in Pretoria. 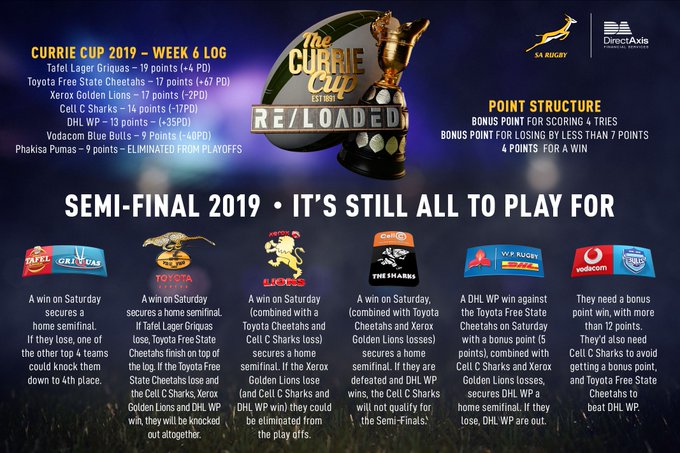 Griquas, who booked their first semi-final berth since 1998 last week, boast a two-point buffer at the top of the standings and they will be driven by the prospect of registering another victory to finish the regular season as the top team.

They will, however, face tough competition from the Golden Lions – who trail by only two log points – and who will enter the match knowing that while a victory could book them a home semi-final, a defeat without a bonus point could place their hopes in jeopardy depending on the other results.

Interestingly, the home side have scored two tries fewer than the Jozi outfit, while they both conceded 148 points in their five matches up to now, which will set the scene for an exciting clash. The Golden Lions have won seven of the last nine matches between the sides, but their two defeats were in Kimberley, which will be in the back of their minds.

The Golden Lions made four changes among the forwards for the clash, with Cyle Brink and Marnus Schoeman (both flankers), as well as Springbok lock Marvin Orie (lock) and Jacobie Adriaanse (prop), being drafted into the team. The only change among the backs at inside centre where Duncan Matthews comes in for Manuel Rass. 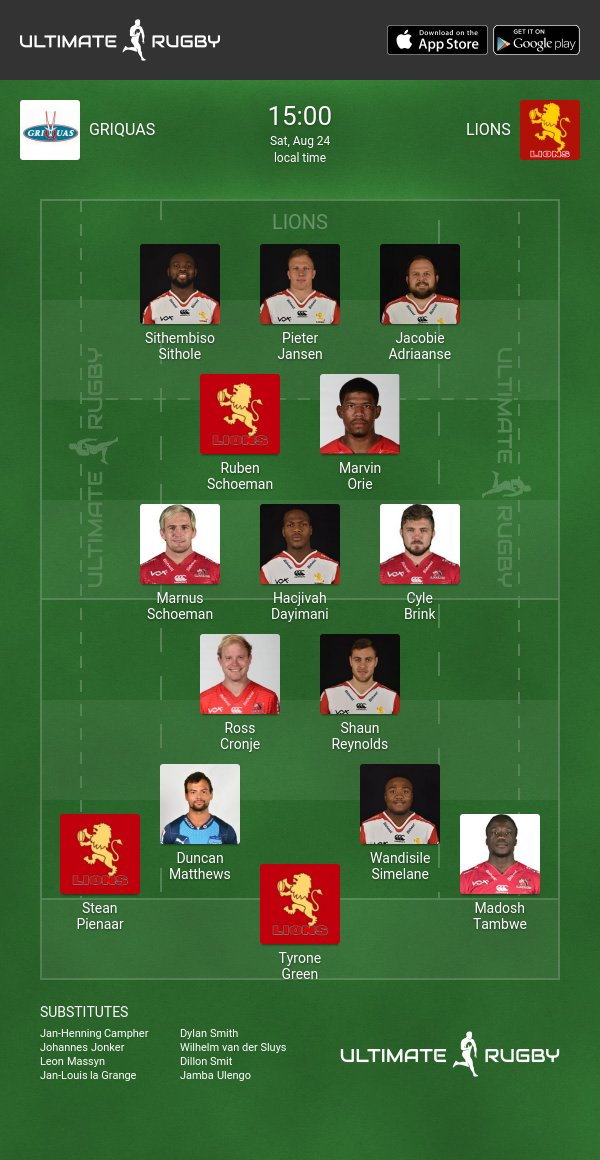 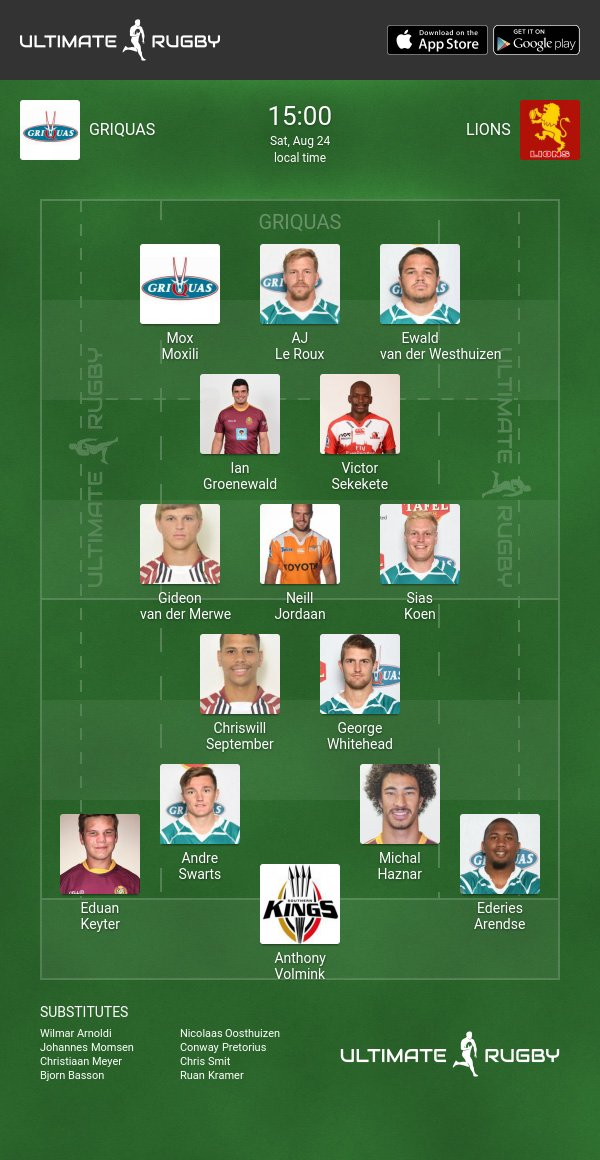 The Free State Cheetahs and Western Province will be equally desperate for victories when they take to the field at the Toyota Stadium.

The Capetonians, in particular, have their backs against the wall as a defeat will probably mark the end of their season, while the hosts will enter the match with a little more peace of mind knowing that a defeat with a bonus point could still see them finish in the top four. A victory, meanwhile, could nudge them to home semi-final.

The Free Staters boast a better attack and defence going into the match having scored over 50 points more than the opposition and 21 points fewer conceded. They will also draw inspiration from the fact that they emerged victorious the last two matches between the teams in Bloemfontein.

Western Province, however, won the last two outings between the sides in Cape Town, while they will also be fighting for survival, which will fuel their determination. 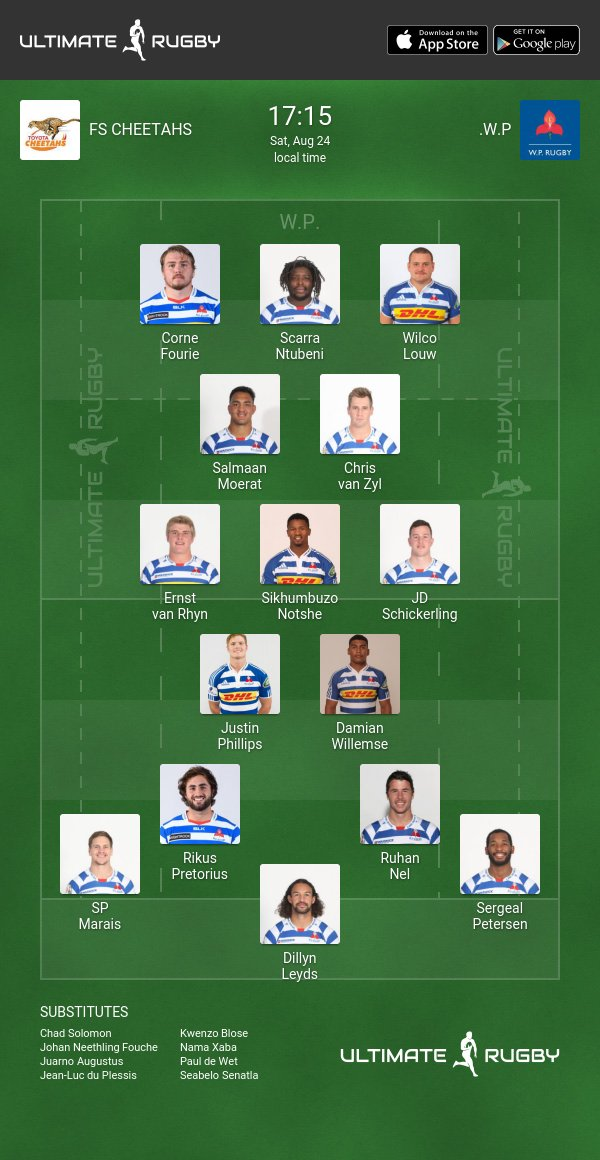 The Blue Bulls and defending champions, the Sharks, in turn, will enter their match knowing exactly what they have to do to advance to the semi-final – a luxury of playing the last match on Saturday. But this will not have an influence on their mindset as they will both target a victory at all costs.

A win for the Sharks should be enough to see them through to the top four, while a bonus-point win for the Blue Bulls could still leave them short depending on the other results.

Given how closely matched the teams have been on attack and defence – with both teams having scored 14 tries this season and the KwaZulu-Natalians having conceded only four points less – it could prove to be an epic clash.

The Sharks have won the last five matches between the sides, but this will mean nothing to the Blue Bulls whose only focus will be to finish the season on a high note.

As expected, the Blue Bulls beefed up their team with Springboks Lizo Gqoboka (prop) and Marco van Staden (flanker) in what marked the only two changes to the run-on side, with the Sharks opting to do the same with their returning Springboks, Thomas du Toit (prop) and André Esterhuizen (centre), while another Springbok Coenie Oosthuizen is also back in the front row. 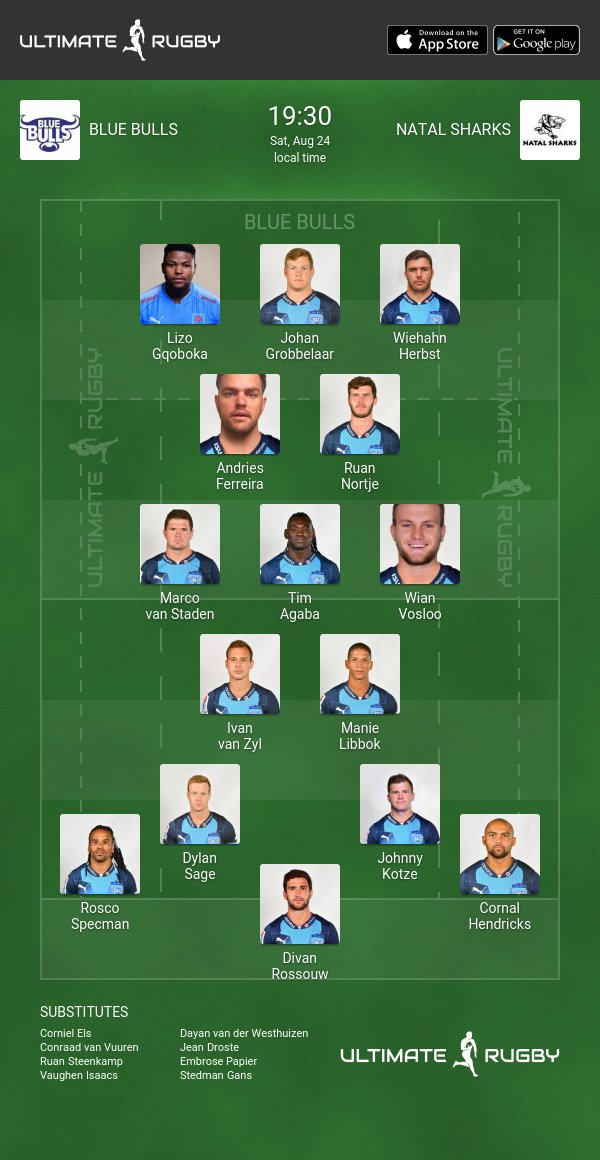 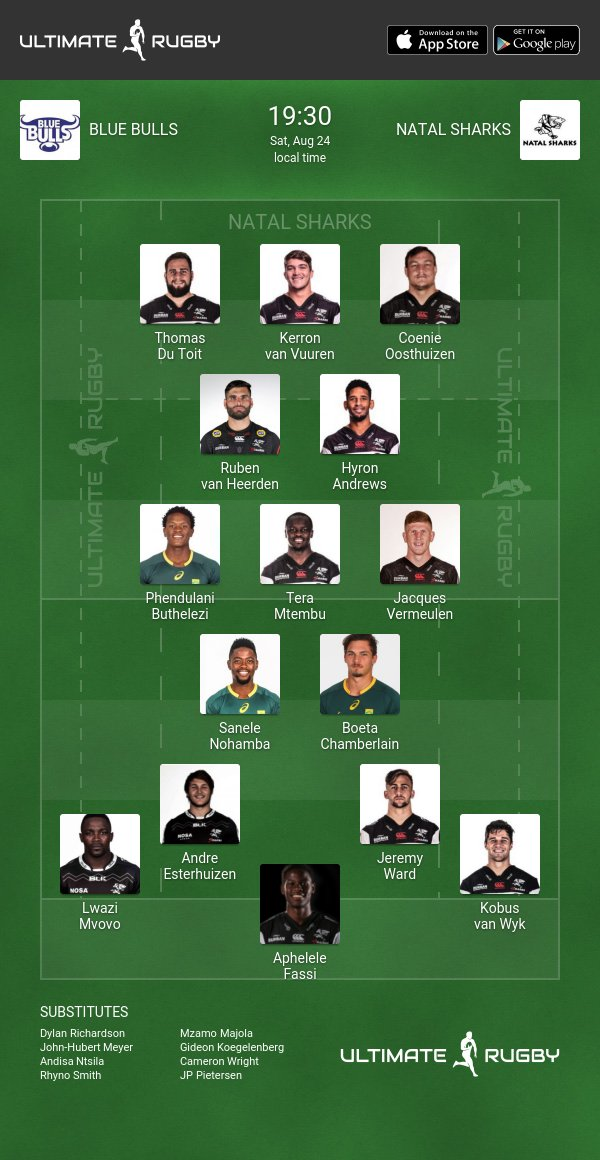