George Ford will captain England following the team's 35-3 win over Tonga on Sunday.

Dan Cole, Luke Cowan Dickie and Joe Marler are named in the front row while Joe Launchbury and George Kruis will play in the second row.

Dan Cole will play his 91st Test for England becoming the third most capped England men’s player alongside Jonny Wilkinson. Youngs, who is named as a finisher, will join Cole and Wilkinson if he features during the game.

Tom Curry and Billy Vunipola retain their place in the backrow with Lewis Ludlam starting at openside flanker.

Willi Heinz will start at scrum half with Piers Francis and Jonathan Joseph selected in the centres.

Joe Cokanasiga and Ruaridh McConnochie will play on the wings with Elliot Daly named at fullback.

Jones said: “The four-day turnaround is something we experimented with against Japan last autumn and so the players have had some experience of it. You have to make sure the two days before the game are exactly the same as you would normally have for any other game. So for us, a short and fast run tomorrow and today is an active recovery day. What I see now is players handling it really well but the game on Thursday will be the litmus test.”

On the team selected for the match Jones said: “It is our best 23 and we have looked at some players that would benefit not playing in this game so have kept them out of the 23. But it is a great opportunity for another set of players to do the team proud.”

Jones added on England’s opposition: “USA are a tough, physical team who are extremely well coached by Gary Gold. There are a number of players who our guys know really well and are a team we respect. They have prepared two weeks with the marines for this game so they will be fit, tough and be playing for the pride of their country.” 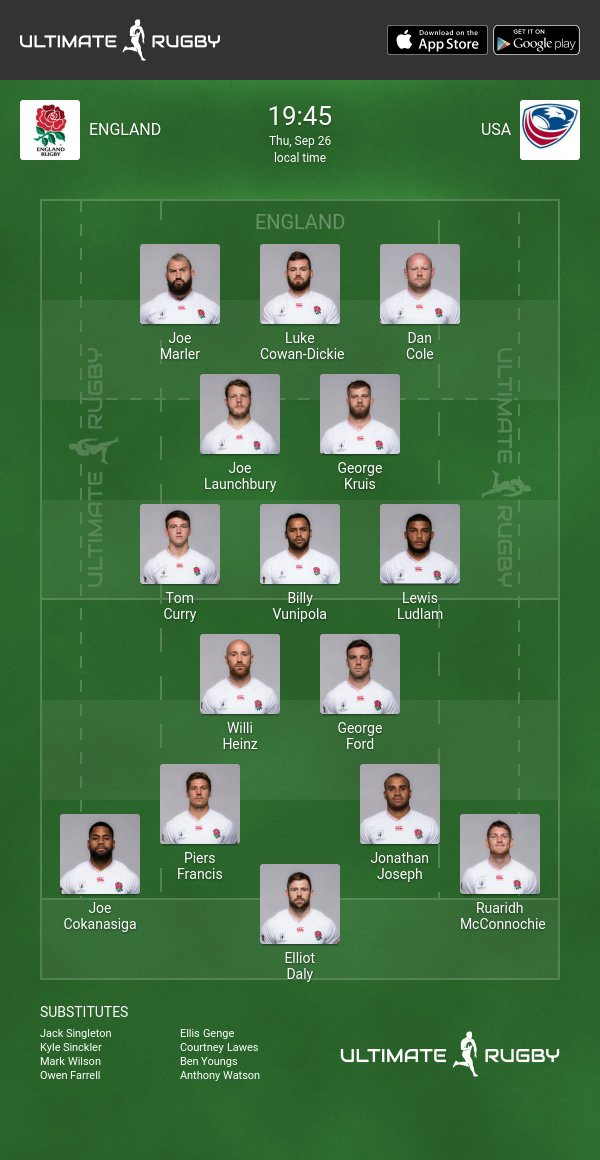 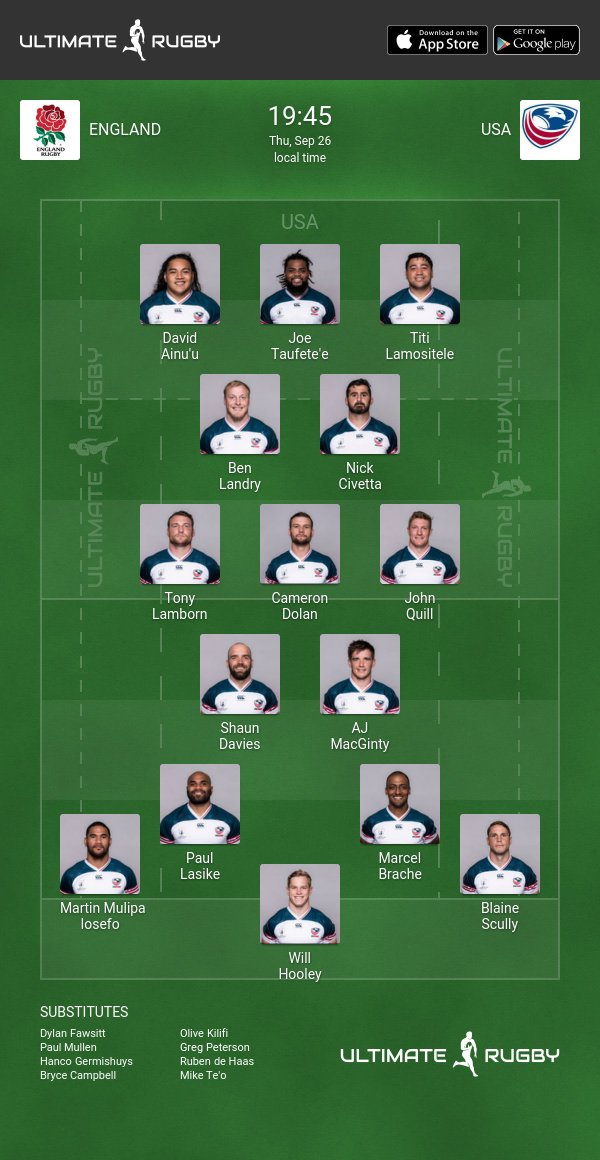