Elite players from seven different clubs and all three European professional leagues are among the 15 nominees for the prestigious EPCR European Player of the Year award.

Last season’s winner, Leone Nakarawa is nominated once again along with his teammates, Finn Russell and Simon Zebo, while No 1 ranked, Saracens, have two representatives in Alex Goode and Mako Vunipola. Toulouse have Antoine Dupont and the livewire, Cheslin Kolbe, in the list, and not surprisingly, Edinburgh Rugby’s, Viliame Mata, is included on the back of several outstanding displays during the pool stage. 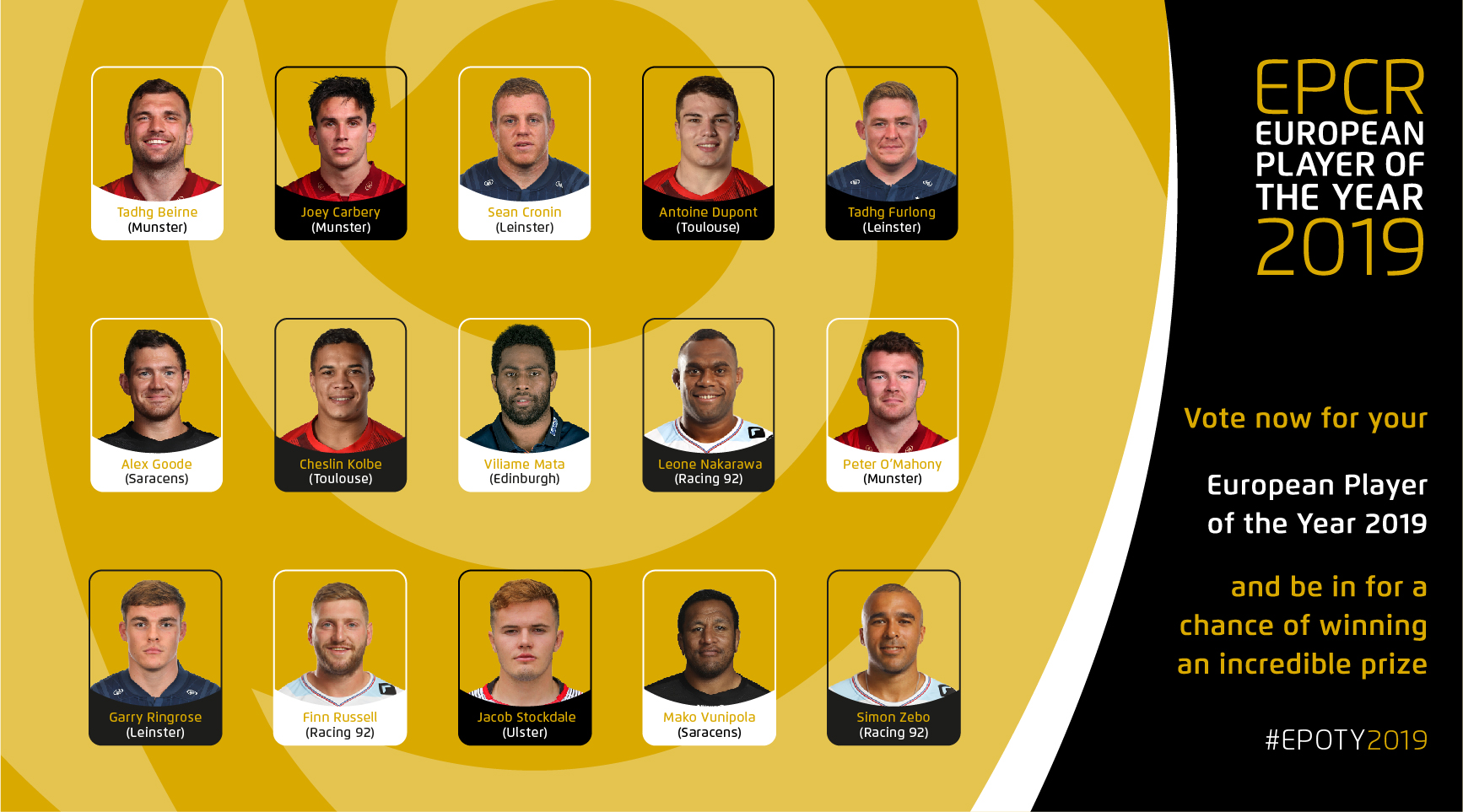 EPCR European Player of the Year Nominees in action