All the latest news as the Coronavirus continues to impact fixtures around the world, Francois Louw announces his retirement, Joe Marler's suspension and more of the top headlines over the past day.

The Coronavirus has impacted numerous fixtures around the world with the PRO14 announcing that the competition now being placed on hold with the Rugby Europe Championship and US Major Rugby League following suit.

Matches involving Italian sides had already been postponed, but now the whole league programme has been put on hold.

Following the recent evolution of COVID-19 (Coronavirus) throughout Europe, Rugby Europe has announced a suspension of all its matches and tournaments, from Friday, March 13th 2020 until April 15th, 2020.

Octavian MORARIU, President of Rugby Europe: " In this exceptional global pandemic, we must consider that the priority is to protect the health and safety of players, coaches, officials and fans. We hope this period will be enough to get things back in order. If not, we will not hesitate to extend the suspension of our activities.”

Major League Rugby (MLR) has suspended all matches for 30 days, effective immediately, to assess the impact of COVID-19.

The MLR will use this time to determine next steps in regard to the coronavirus pandemic. The league and clubs will communicate strategies for the continuation of the 2020 season when further determinations have been made.

Marler grabbed at the Wales captain's crotch, though there was no action from the officials. Marler appeared before an independent disciplinary committee in Dublin on Thursday and subsequently received a ban until June 8.

Marler, who did not accept that the incident warranted a red card, has the right to appeal the decision. Meanwhile, Tuilagi also appeared before the disciplinary committee. The centre likewise did not accept his tackle on George North warranted a red card, but his appeal was rejected and he is suspended for four weeks. Courtney Lawes was also cited following the match for a dangerous tackle on Jones. However, the committee agreed that Lawes' tackle, while an act of foul play, was not worthy of a red card. 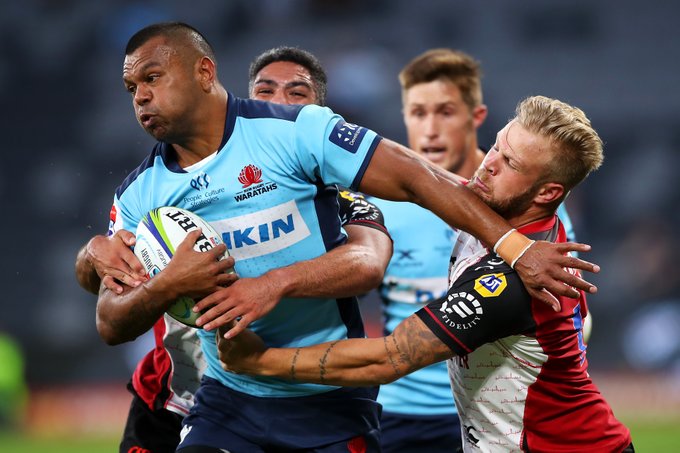 Pivac has paid tribute to influential skipper Jones, who made his Wales debut against Argentina almost 14 years ago.

"You just need to speak to anybody he plays against and they'll tell you what it's like to play against him," Pivac said at a news conference on Thursday.

A true legend of the game 🙌 Alun-Wyn Jones will make his 139th appearance for Wales and with his nine international British & Irish Lions caps he will make his 148th test appearance. #SixNations #WALvSCO

"They hold him in high regard. I've seen first-hand what Alun Wyn does, not only on the field but in terms of training and our environment, in terms of his leadership off the field.

"What he does is just huge. At training, the whistle blows and we'll shift from one drill to another and he's up and sprinting, the first guy there every single time.

"Then you see in a game, when he gets up off the ground, he's gone. He's the ultimate professional."

Francois Louw is into his ninth season with Bath but has revealed this will be his final year at the Recreation Ground.

Rugby World Cup winner Francois Louw has announced he will retire at the end of the season following a nine-season spell with Bath.

Louw has made 134 starts in 140 appearances for Bath while also earning 76 international caps for South Africa.