A 42 man Ireland squad, including 3 uncapped players, has been named for the sold out November Test matches against Argentina, New Zealand and USA and The Rugby Weekend match against Italy in Chicago.

Ross Byrne, who was an uncapped member of the Ireland Summer Tour squad to Australia, is one of three uncapped players in the squad.

Munster's Sam Arnold, who trained with the squad during the Six Nations, and Ulster's Will Addison have also been included.

The Guinness Series 2018 kicks off in Aviva Stadium with the visit of Argentina on Saturday, November 10th. The Pumas, under the direction of Mario Ledesma, have recently recorded victories over Australia (23-19) and South Africa (32-19) in the Rugby Championship.

Ireland and Argentina have met 17 times at test match level with Ireland winning 11 of those, the most recent a 28 - 19 win in last season's Guinness Series.
Rugby Championship winners New Zealand return to Dublin a week later for the first time since claiming a hard fought win in 2016.
The final game of the series sees Ireland host USA for the first time in Aviva Stadium. The teams last met in June 2017 as part of the summer tour.
Speaking about the squad Head Coach Joe Schmidt said, "As always there have been a number of close calls in selection, meaning that some very good players have missed out in this particular window.

The upcoming Guinness Series offers an exciting opportunity for the squad but will also be very challenging. We are certainly looking forward to getting back to a packed Aviva Stadium with the fantastic support that we get there."
Ireland Squad: 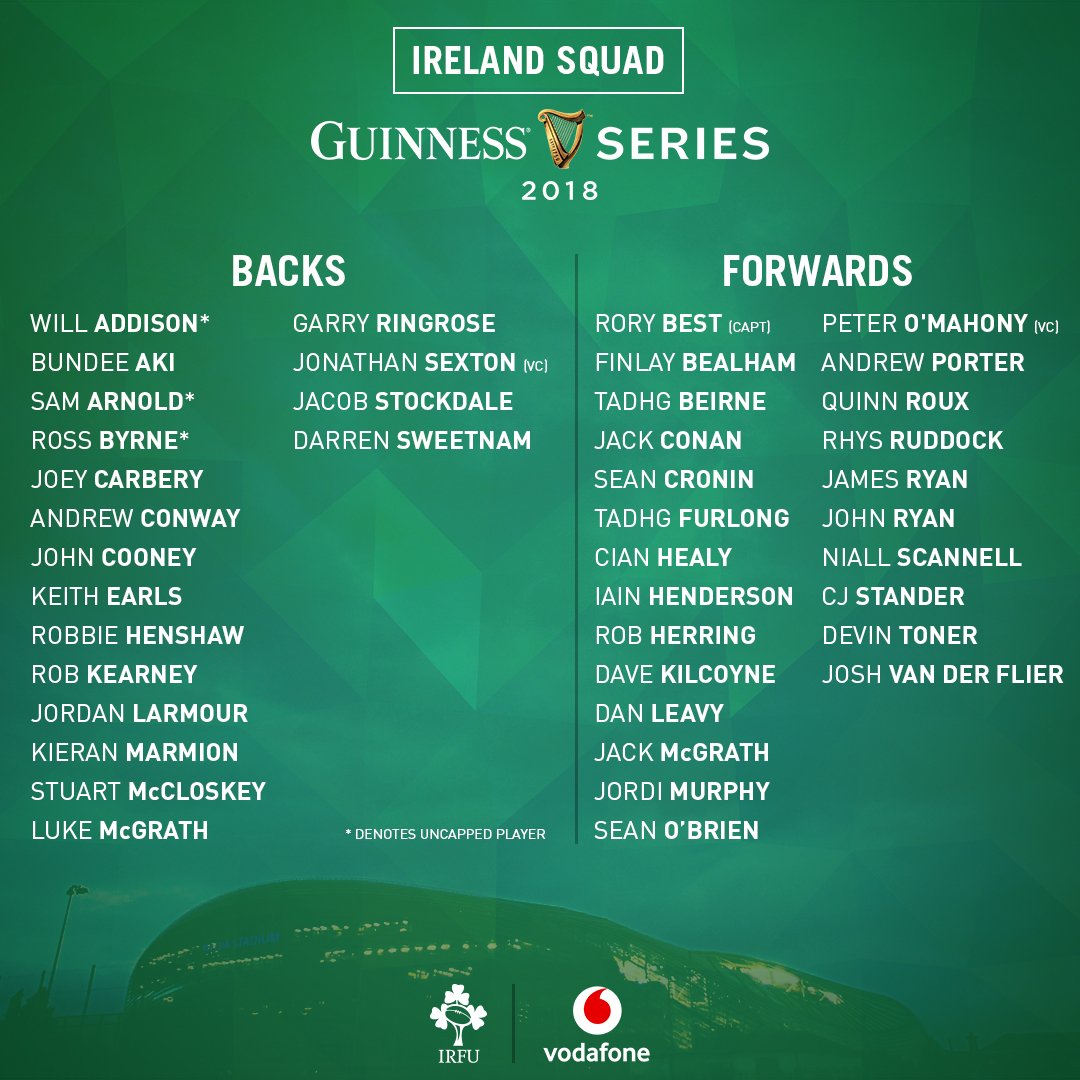