France is abuzz with excitement as the start of the 2020-21 Top 14 competition is imminent.

Kicking proceedings off on Friday night will be Montpellier up against Pau at the Altrad Stadium. The last time the teams played rugby was against each other, in Round 17 of the previous tournament, where Pau emerged victorious by four points (19-15) at Stade du Hameau. Montpellier ended 8th on the log while Pau occupied 12th position. 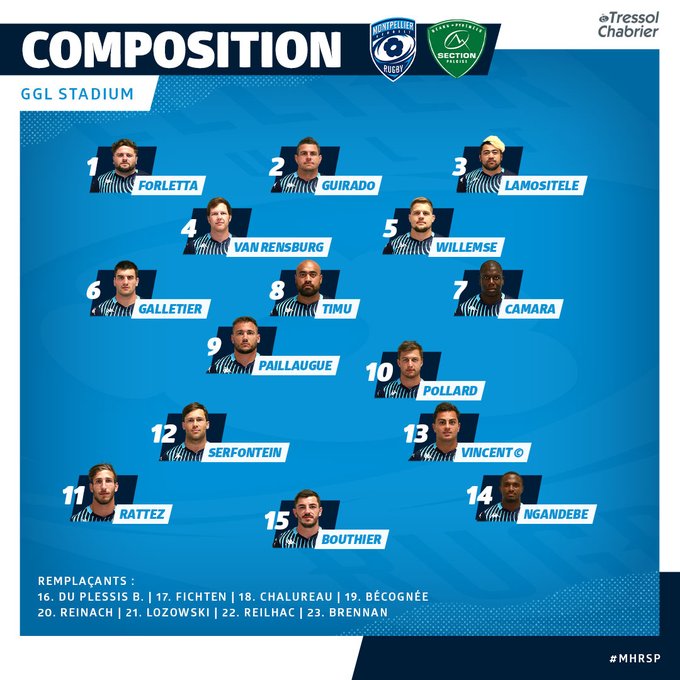 Toulon travel to Stade Marcel-Deflandre to take on La Rochelle in the second game of the round. The latter had the better of the former the last time they clashed – in Round 16 – running out 17-12 winners in front of a full-house at the same venue. Toulon were looking in decent shape before the hiatus, finishing in 4th spot while La Rochelle were close behind in fifth.

In the third outing, Agen host Castres on Saturday evening at Stade Armandie. Agen will have in the back of their minds the loss they suffered to Castres the last time they met. Castres brought the hammer down on their opponents in Round 15, the final whistle sounding with the score at 43-24.

Lyon take on Racing 92 in the last of Saturday’s games. The two will square off at the Matmut Stadium – the same venue at which they last met, where Lyon downed their visitors 29-20. Before the cancellation of the tournament, both teams found themselves in a strong position – Lyon occupying second spot on the log behind Bordeaux with 53 points to their name while Racing 92 were in third on 46.

Brive host Bayonne in the first of two games on Sunday. The two last clashed on 21 December in an arm-wrestle which ended in a 6-6 stalemate in the 11th roun at Stade Jean Dauger. On this occasion, Brive will enjoy home-ground advantage in a bid to settle the last outing with a definitive result. Interestingly, both teams were locked on 33 points on the log before the break, giving more evidence of the parity between the sides.

The first round concludes with what should be a cracker when Clermont host Toulouse at the famous Stade Marcel Michelin. The battle lines will be drawn on Clermont’s home turf as they will seek revenge for the hiding administered upon them by Toulouse the last time they locked horns. Toulouse prevailed 34-8 in that encounter and will use it to fuel their confidence as they look to start off the new competition with a bang.