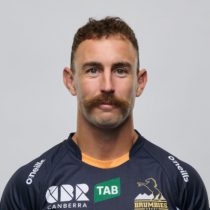 Long known for its quality wines, the Hunter Valley has produced a different kind of vintage recently with talented playmakers exporting their freakish abilities to the rugby-crazy Australian public.

First it was rugby league magician Andrew Johns, then Wallabies playmaker Luke Burgess. But more recently Nic White has taken the mantle of the Hunter’s most dynamic rugby success after a breakout season in the Brumbies No 9 jersey.

A boisterous scrumhalf, White has quickly developed into a key ingredient the Brumbies could not do without. Thrown in the deep end with three different fly-halves rotating through the starting side in 2012, White stuck to his processes and produced consistent, world class rugby.

Two caps in 2011 against the Reds and Rebels gave White a hunger for more in 2012, and with the old heads of Josh Valentine and Pat Phibbs moving to Europe during the off-season, it was up to him to take his chances.

In many cases, White displayed maturity and ability far beyond his 17 caps. His booming kicks got the Brumbies out of their own danger zone on countless occasions while his speed to the ball and subsequent clearance is comparable to the fastest in the competition.

It surprised few to see his name among the Brumbies chosen to join the Wallabies for their June Tests against Scotland and Wales, and while he wasn’t used from the bench in any of the three Tests he was selected for there is little doubt his chance in Wallaby gold is not far away.

White re-signed for another year with the Brumbies in 2012 allowing the combinations formed at the base of the scrum to develop further in the coming 12 months. Crafty scrumhalf Nic White has developed as a valuable member of the Qantas Wallabies squad since his Test debut two seasons ago at the age of 22.

Now with over 20 Test caps to his name, the Brumbies dynamo was selected to start in all three Tests in the 2014 France Tour and was given the nod to start in the first two Rugby Championship matches against New Zealand, also being a strong contributor from the bench in the latter matches.

Nic made his test debut against New Zealand in Sydney in 2013 and as of January 2015 had amassed 19 Test caps and scored 6 test points with 2 penalties. In January 2015 Nic was linked with a move to French club Montpellier shortly after been handed the vice captaincy of the Brumbies. On 15 January 2015, White, along with teammate David Pocock, were appointed vice-captains of the Brumbies for the 2015 Super Rugby season.

White, who has won 26 caps for the Wallabies, signed to move to the Exeter Chiefs from French Top 14 club Montpellier and play in the Premiership in the 2017/18 season.

Following a great Premiership season he earned a Wallaby recall for the Rugby Championship and then the World Cup Squads.

In October 2019, he signed a two-year deal with the Brumbies. His agreement with Rugby Australia and the Brumbies will see him finish out his stay at English club Exeter Chiefs, being available for the Wallabies in 2020, and coming back to Super Rugby action with the Brumbies for the 2021 season.