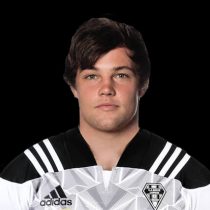 A talented centre who can cover on the wing, Nico Lee played schoolboy rugby for Afrikaanse Hoër Seunskool in Pretoria, but missed out on selection for the Blue Bulls' squad for the Craven Week competition in 2012.

His rugby journey saw him move into the Cheetahs' set up following some success with Varsity Cup side the Shimlas along with many of his teammates.

Lee made his Super Rugby and Currie debuts in 2016 and was selected into the 2017 Super Rugby squad.

Lee was selected in the first Cheetahs side to feature in the PRO14, the fast-paced back scored 9 tries in his two seasons in the Pro 14, scoring a hat-trick in an away game against the Southern Kings.