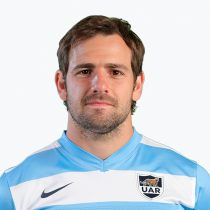 Argentina has become renowned for producing world-class playmakers over the years and Nicolas Sanchez comfortably fits that description.

Sanchez is one of the most accurate placekickers in world rugby and has beautifully balanced running and kicking game.

Like many others before him, Sanchez has represented Argentina at every level from U19's right through to the senior team. A truly gifted player, Sanchez played for the Pampas XV in the 2011 Vodacom Cup in South Africa before he moved to Bordeaux in the Top 14 in France, where he played from 2011/12 to 2013/14 and later for Toulon from 2014 to 2015.

He made his test debut against Uruguay in 2010 and has since become a regular in the test and has gone on to break numerous records. The playmaker went to his first Rugby World Cup as a 22-year-old and at his second Rugby World Cup in England in 2015, he ended the tournament as the top points scorer with 97 points, helping his country to achieve a fourth-place position.

He played 13 times during his maiden season with the Super Rugby club, scoring 142 points & backed that up in 2017 with 11 appearances and 89 points.

Sanchez took his test cap tally to 63 by the end of the June Internationals and represented the Jaguares for the remainder of the 2018 Super Rugby season before linking up with Top14 side Stade Francais in January 2019.

The flyhalf made a total of 51 appearances for the Jaguares before joining the Paris-based side. In September 2018, Sanchez over took Felipe Contepomi as Argentina's leading points scorer with a personal haul of 14 in the 46-24 loss to the All Blacks in Nelson.

The playmaker was included in Argentina's 2019 Rugby Championship squad and entered the competition with 74 test caps (68 of which in starting line up) and has scored 709 points which sees him sit 20th overall on the all-time points scoring list.

In September 2020, he signed a new deal with Stade Francais following 29 appearances and 237 points scored.