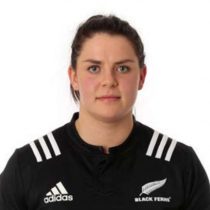 A tall and athletic forward, who can play on either side of the scrum, Olivia WardDuin has become a mainstay in the North Harbour Hibiscus front row.

Ward-Duin made her debut in the 2016 Farah Palmer Cup season, playing all six of North Harbour’s games.

The 2017 Farah Palmer Cup season saw the front rower establish herself as a consistent performer for North Harbour, again playing in all seven of her side’s games.