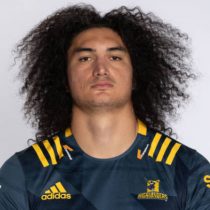 He was named in the Crusaders Knights squad as part of his ongoing development and played four minutes for the Crusaders' top side in a practice match against the Highlanders in Oamaru in 2016.

Parkinson made 5 appearances for Tasman in 2017 and earned a Super Rugby contract with the Highlanders.

He is a towering young lock that will be looking forward to another chance of proving himself in the Highlanders forward pack when the chance arises after an impressive time with the Māori All Blacks in 2019.

The 2020 Super Rugby season will be a season that the towering lock will use to stamp his authority and get the New Zealand selectors to notice him.

He heads into the 2020 Mitre 10 Cup season having made 32 appearances for Tasman Makos.