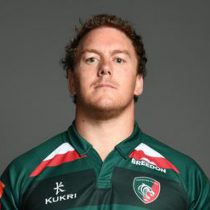 A strong and mobile tighthead, Cilliers made his Springbok Test debut against Argentina in 2012 Rugby Championship. Starting his senior rugby with for the Sharks in 2007, Patric would make his Vodacom Cup, Super Rugby and Currie Cup debut all in the same season.

He then joined South African coach Jake White at French Top 14 side Montpellier, playing from 2014 to 2016 before linking up to English Premiership side Leicester Tigers ahead of the 2016–17 season.

In an effort to boost their squad, Nottingham Rugby signed Cilliers on a short-term loan deal in October 2016. With six international caps for the Springboks and spells at the Sharks, Lions and Stormers in Super Rugby, and Currie Cup rugby with the Sharks, Golden Lions and Western Province, his experience could come in very useful.