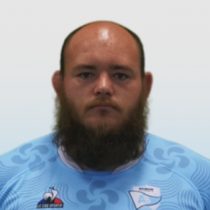 Scholtz moved to Johannesburg to join the Golden Lions Academy prior to the 2013 season where he established himself as the first-choice tighthead prop for the Golden Lions U19 side during the 2013 Under-19 Provincial Championship, starting thirteen of their fourteen matches in the competition.

He made his first class debut during the 2014 Vodacom Cup, starting their 18–16 victory over the Leopards XV in Potchefstroom in his only appearance in the competition.

He was included in the starting line-up for the Golden Lions' final match in the 2015 Currie Cup Premier Division regular season and made his Currie Cup debut as they beat his former side Griquas 29–19 to finish the season unbeaten and finishing top of the log.