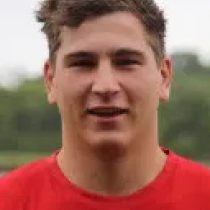 Everard caught the attention of London Irish during the 2013/14 season, and soon after joined their academy. From there, the versatile forward moved up the ranks before making the switch to Hartpury College RFC. Tom now looks set to play a role with the newly promoted side in their 17/18 Championship campaign.