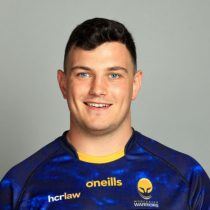 Morris joined the Senior Academy set-up in the summer of 2016 having represented Warriors at Under-16s and Under-18s levels.

The former King Edward VI, Aston student has played for England at every age group from Under-16s to Under-20s.

He had a spell on a dual registration with Henley Hawks in National Two South and was a regular with Cavaliers in this season’s Premiership Rugby Shield.

In April 2019, he graduated to Worcester Warriors senior squad.

Morris made his senior debut as a second half replacement in the Premiership Rugby Cup match against Exeter Chiefs at Sixways in October 2019 and also came off the bench in the European Challenge Cup win over Enisei-STM in Russia the following month.