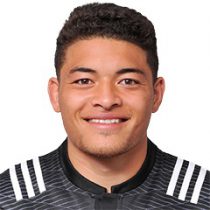 The 22-year-old loose forward, who can play all three backrow positions, has arrived in Tasman three seasons ago fresh out of Auckland's Botany Downs Secondary College, having been identified as an exceptional talent following his selection in the Auckland Schools team.

Ng Shiu was one of three Tasman players named in the All Blacks Sevens squad to contest the Wellington leg of the HSBC Sevens World Series.

His ultimate goal isto make the Tasman Makos' NPC squad, but despite consistently top performances for his Wanderers club side, Nelson Bays and Tasman B, he has only managed one first class appearance for the Makos.

Tone hasn't yet been offered a Tasman contract this season and with so many quality loose forwards available.