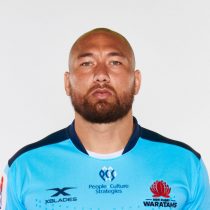 A former Brumbies Academy player, Robbie Abel comes from a rugby playing family with all five of his brothers playing club rugby in Australia.

Born in New Zealand, Abel was a standout junior in the ACT, playing for renowned rugby nursery, St Edmunds College, and forcing his way into the Australian Schoolboys side in 2008.

Abel took a two year hiatus from rugby in 2010 and 2011 before returning to join the Brumbies Academy in 2012 and playing for Northland in New Zealand’s domestic provincial competition in 2013.

Following his NZ stint, Abel was snapped up by the Force on an EPS contract for 2014 and 2015 and at the end of the Super Rugby season, he returned to Canberra to play with the UC Vikings in the 2015 National Rugby Championship where he was rewarded with a Brumbies EPS contract following a string of impressive provincial performances.

Following a number of standout performances for the University of Canberra Vikings throughout the 2016 Buildcorp NRC, the hooker signed an upgraded one-year deal for Brumbies' 2017 campaign.

Able started the 2017 Super Rugby campaign with 2 caps, having made his Super Rugby debut in 2016 against the Cheetahs in Bloemfontein.

Abel was involved in all of the Brumbies 2017 Super Rugby matches and in August 2017 he signed a new two-year deal with the Brumbies. After 16 games for the Brumbies, he linked up with Auckland, who have won nine of their 10 games in the regular 2018 season.

In October 2018, he was named in the New Zealand Maori squad to play against the United States. Abel returned to Australia ahead of the 2020 Super Rugby season following his stint across the Tasman and signed for the Waratahs where he would make his NSW debut in the season opener against the Crusaders.