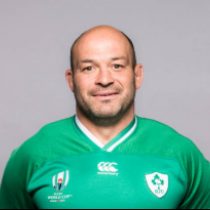 The Best’s are a family synonymous with Ulster rugby, with hooker Rory being the best known. Rory began playing rugby at Portadown College before moving to Newcastle to study Agriculture at Newcastle University. Whilst in England, Best played with the Newcastle Falcons academy.

Rory returned to Ulster in 2002, and after two seasons of impressive rugby in the AIL he gained his first Ulster contract in 2004. Best’s first Ulster appearance was against Munster in 2005 and barely a year later he made his Irish debut against New Zealand at Lansdowne Road. Best is renowned as one of the top scrummaging hookers in the Northern Hemisphere.

Best ascended to the role of Ulster captain in 2007, replacing his brother Simon. Best, a surprise exclusion from the original 2013 British and Irish Lions squad, was given a second chance after the suspension of England hooker Dylan Hartley. He went on to play in 4 tour games, but unfortunately missed out on selection for the test side which was to ultimately secure a first Lions tour victory in 13 years.

In January 2015, he was selected in the Irish 6 Nations Squad and has earned himself over 83 caps for the national side. Following the 2015 RWC, Best signed a new deal with the IRFU & Ulster until 2018.

For the 2016 Six Nations, Rory Best was announced as Paul O'Connell's successor as Ireland captain.

Best, hailed as one of Ireland's toughest ever test competitors, secured his 98th and most significant cap when captaining Ireland to a historic win over New Zealand, ending a 111 year wait.

In April 2017, Best was selected in the 41 man British & Irish Lions squad on the tour to New Zealand. Best, at the time of selection, had 104 Irish caps and is travelling on his second tour with the Lions having made 4 appearances on the previous tour.

Best received an OBE, Officer of the Most Excellent Order of the British Empire in November 2018 for his services to Rugby and went on to become the most capped Champions Cup player for Ulster in Round 4 against Scarlets with 72 appearances later in the season.

In March 2019, Best confirmed that the 2018/19 season will be his final one as he will finish his career at the Rugby World Cup in Japan.

Having made his competitive debut for Ulster in 2004 and has amassed over 219 appearances. Best is Ulster’s most-capped international with 117 appearances (10 tries) and has helped Ireland win the Six Nations Championship on four occasions, including two Grand Slam successes (one as captain).

Ulster Personality of the Year 2019