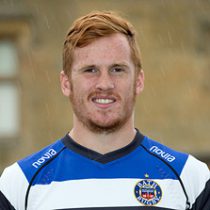 Jennings has won nine England U20 caps, scoring almost 100 points from the kicking tee, and featured in Bath's LV Cup campaign in 2014/15.

The Oxford-born number 10 has won nine caps for England U20s and was first choice fly-half when England reached the 2015 U20 World Championship final.

In January 19, 2017, Ealing Trailfinders strengthened their backline by signing Jennings on a dual contract from Bath.

In May 2018, Jennings confirmed that he would trade Bath Rugby for London Scottish at the end of the 2017/18 season.