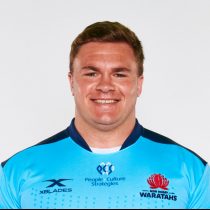 Top form in NSW Rugby’s premier club competition, the Shute Shield, landed young prop Rory O’Connor a Super Rugby contract. O'Connor represents the Warringah club on Sydney’s Northern Beaches and is no stranger to the NSW Waratahs environment though, having played in the 2018 pre-season trial match against the Highlanders in Queenstown, New Zealand.

Having played in the State and National U20s Championship, he earnt selection into the Australian U20s side. During 2017, he was a part of Warringah’s Shute Shield Premiership. Studying civil engineering at Sydney University, O’Connor is also a saxophone teacher in his spare time.

O'Connor made his Super Rugby debut for the Waratahs in the side's loss to the Chiefs during the 2020 Super Rugby season.