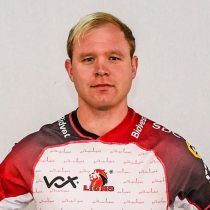 A smart and intuitive scrum-half, Cronje made his Super Rugby debut for the Sharks in 2009. Representing the Sharks in mainly the Vodacom and Currie Cup, Ross then signed with the Lions in 2012 where he went on to represent the province in Super Rugby, the Currie Cup, and helped the franchise achieve Super Rugby status for 2014.

After a consistent Currie Cup tournament in 2014, Cronje carried his form into both the 2015 and 2016 Super Rugby season.

He started the 2017 Super Rugby season as the Lions second choice scrumhalf behind Faf de Klerk and subsequently earned himself his first Springbok call-up for the June internationals against France.

Cronje featured in 12 of the Lions 19 matches as his side made the Super Rugby Final for the third year in a row and earned a recall to the Springbok squad ahead of the 2018 Rugby Championship.

Twin brother to former Zimbabwean international Guy Cronjé, Ross has made 89 Super Rugby appearances for the Lions and has scored 35 points.