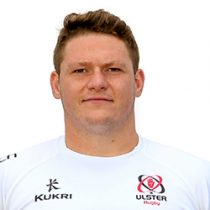 Hailing from Bangor, Ross started playing rugby in P2 for Donaghadee RFC minis and attended Methodist College Belfast where he captained a Schools' Cup winning side.

A representative of Ulster's 18's, 19's and 20's side, he is currently studying at Queen's University Belfast and was part of the U20 side at the 2017 Six Nations.

Kane made his senior Ulster debut against Newport Gwent Dragons during the 2016/17 season and was rewarded for his excellent development with a place on the senior panel for the 2017-18 season.

A strong scrummager, the tighthead has been an invaluable member of the Ulster squad.

He made his 50th appearance for the province during the 2020/21 season against Ospreys.