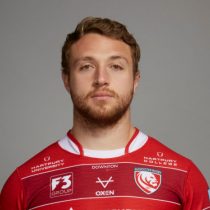 Ruan Ackermann is the son of former Springbok and coach Johan Ackermann. Ruan played first XV rugby for Hoërskool Garsfontein, from 2012 to 2014, while also captaining them in 2014.

He was contracted by the Golden Lions to join their academy in 2015, while still being at school. He was then included in the Golden Lions U19 squad during the 2014 Under-19 Provincial Championship. He was named on the bench for three of their games and marked his debut against against Western Province U19 in Johannesburg, by scoring a try in a 28

In August 2017, Gloucester Rugby confirmed the signing of Ackermann from the Lions.

He was named Aviva Premiership Player of the Month for November and shortlisted for Land Rover Discovery of the Year.

He signed a new deal with Gloucester in 2021.