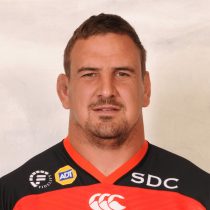 A powerful tighthead prop out of Hoerskool Monument, Ruan Dreyer represented the Lions at youth level before going on to represent the senior side later in his career.

A SA u20 representative in 2010 IRB Junior World Championship, Dreyer went on to become a regular for the Lions in the Currie Cup and Super Rugby before higher honours came knocking in 2014.

He toured Europe with the Springboks in 2014 but would have to wait until June 2017 when he would earn his first test cap against France.

He helped the Lions reach three back to back Super Rugby Finals before taking his talents to Europe where he signed for Gloucester.

Injuries hampered his time at Gloucester as he made just 5 appearances in the Premiership before returning to Johannesburg rejoining the Lions in July 2020.