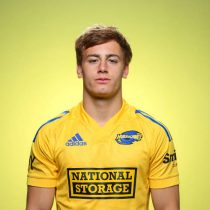 A talented sportsman, Ruben Love was chased by a number of Mitre 10 Cup sides before opting to commit to the Wellington Lions with cricket also calling the shots.

As a Year 13 student at Palmerston North Boys’ High School, Love became the first player selected in both the New Zealand Under-18 Māori rugby and cricket teams.

Love represented the New Zealand U19s in cricket but he opted to go down the rugby route with both the Wellington and Manawatū unions offered Ruben full contracts, with the Hurricanes involved.

Ruben is primarily a first five-eighth but also played at fullback for the Boys' High first XV. In 2018, Love was selected for the Maori All Blacks u18 team and was also involved with the NZ u20s in 2020.

Later in 2020, Love was included in Wellington's Mitre 10 Cup squad.