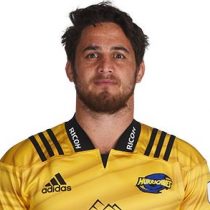 Born and raised in the small town of Opotiki in the Bay of Plenty region of New Zealand, Henwood initially turned out for the Bay's youth sides alongside future All Black, Sam Cane.

He moved to Auckland for high school and attended King's College where he captained their first XV.

Henwood debuted for Auckland during the 2011 ITM Cup season, however over the next few years he suffered multiple shoulder injuries which required reconstruction ending two of his seasons prematurely.

He made his return to the National Provincial Competition in 2014, playing for the Counties Manukau Steelers. During the 2014–2015 and 2015–2016 off-seasons, he played in Portugal for Clube de Tecnico who were coached by his former Counties Manukau teammate, Kane Hancy.

His second stint in Portugal was cut short when a season-ending injury to Mitchell Karpik left a spot open on the Chiefs Super Rugby roster, so he headed to Hamilton and made his Super rugby debut in a match against the Force.

He was not included in the Chiefs 2017 Super Rugby squad but has been named in Counties Manukau's squad for the 2017 Mitre 10 Cup.

Henwood was a standout performer for Counties Manukau during the 2017 Mitre 10 Cup and earned a call-up to the Maori All Blacks squad.

Later in 2017 Henwood was named in the Hurricanes after a one-year absence in the competition.

He heads into the 2018 competition with 2 Super Rugby caps for the Chiefs.