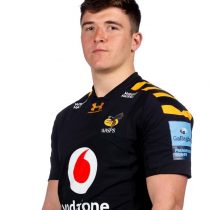 The centre made in the 2018/19 season, but had his appearances limited due to injury.

Spink has represented England Under 18s and Under 20s - earning his first Under 20s cap in April 2019, but an unfortunate ankle knock meant he missed the 2019 World Rugby Under 20 Championship