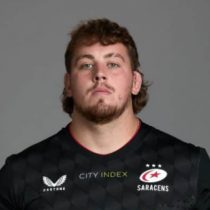 Wainwright began his rugby journey at Rhyl before moving to RGC.

He was a regular starter in the front row for the North Wales outfit and his performances earned him earn international recognition.

The tighthead was selected for Wales’ 2018 U20 Six Nations campaign and made his debut in a 36-3 victory over Scotland in the opening round.

Wainwright’s consistent playing time continued in the 2018/19 season where he featured 22 out of 30 league matches for RGC.