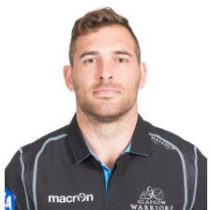 Wing/centre Sean was a real Warriors fans’ favourite during his initial spell in Glasgow, scoring 14 tries in 32 league appearances and notching 7 touchdowns in 10 European outings.

He excelled for Northampton Saints and Scarlets and on his return to the Warriors has established himself again as one of the devastating runners to have emerged from the Scottish game.

He earned his 100th Scotland cap against Samoa in the 2015 Rugby World Cup and is only the second player ever to reach that milestone.

Sean is now the second most capped Scotland player of all time and in 2014 signed a new two-year contract, which means he'll be at Scotstoun until at least May 2016.

With 105 caps to his name, Lamont will retire at the end of this season.