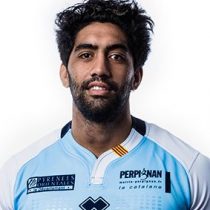 Shahn previously played several seasons for Wainuiomata in Wellington club rugby, as well as playing in various representative sides and for the New Zealand U20s in 2009.

His consistent form, including being the joint winner of the 2012 Best & Fairest competition – alongside Ardie Savea – left many scratching their heads as to how he never got a look in for the Wellington Lions.

Following 2014’s Jubilee Cup, Shahn moved to Italy to play for the Petrarca Padova club in Padua, Northern Italy in the Series A Italian competition.

He returned to New Zealand with Bay of Plenty in 2015.