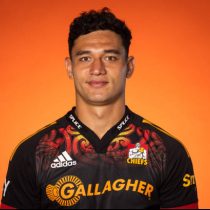 Stevenson started his career as an outside back for Waikato in the ITM Cup. He was mostly used as the starting Fullback for the 2015 ITM Cup season.

The talented outside back from the North Shore is oozing confidence after being named MVP as the Chiefs won the Brisbane Global Tens, and his next target is an All Blacks jersey.

2016 was a frustrating one for Stevenson, after suffering a shoulder injury on his Super Rugby debut against the Crusaders and then missing all of Waikato's Mitre 10 Cup campaign with a knee injury sustained in their first match in Tasman.

In the 2017 Super Rugby season as the Chiefs face the Lions in Waikato, Stevenson has played 14 times this season, with three tries to his name.

Stevenson ended 2017 with 23 Super Rugby caps and represented the Chiefs against the British and Irish Lions. The speedster also helped North Harbour to a semi-final in the Mitre 10 Cup and was named in the Maori All Blacks squad for the end of year tour.

Stevenson has also represented the Māori All Blacks in their 2018 and 2019 campaigns.