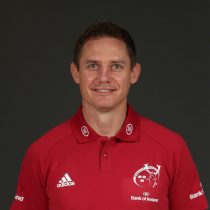 Widely regarded as one the finest flyhalves since the game went professional, Stephen Larkham was an extremely talented player who was capable of controlling a game and steering his side to victory.

Larkham started his career as a fullback before developing into one of the greatest fly-halves in the history of Australian rugby and in 2005 he was named at 10 in Australia's team of the decade (the "decade" being the first 10 years of professional rugby union).

At his peak, Larkham was one of the best flyhalves in world rugby with a reputation as an elusive runner and the lynchpin of a potent backline.

He first gained notice in 1995 when he was plucked from reserve grade club rugby to represent ACT in the Super 12 as a utility back in the Brumbies squad, playing a number of Super 12 games before attracting the attention of the national selectors. Larkham made his test debut as a reserve against Wales in Sydney in 1996 when he replaced injured Ben Tune on the wing, and then joined the Wallabies on their undefeated tour of Europe

Larkham's conversion from fullback to flyhalf was hailed as a Rod Macqueen masterstroke that put the Wallabies on track to win the 1999 Rugby World Cup after stints as a capable fullback in the absences of the injured Matt Burke two years prior.

Larkham guided the Brumbies to two Super Rugby titles during his illustrious career and played a crucial role in Australia's World Cup triumph in 1999. He was an important part of the Australian 2003 World Cup squad which lost in the tournament final to England with Larkham struggling in the final with a cut that saw him enter and exit the pitch multiple times.

He was famous for forming a long-standing half-back partnership with George Gregan, both of whom were foundation players with the ACT Brumbies rugby franchise. When both retired after the 2007 World Cup, not only were they the two most-capped Wallabies, but they played in more Tests than any other scrum-half/fly-half combination in history, with 79 appearances together.

He played his last test against Japan in the 2007 World Cup before a knee injury sidelined him, which effectively ended his Test career as Australia were then knocked out of the competition before he could return. Larkham retired from test rugby in 2007 following an illustrious career consisting of 102 test caps scoring 135 points, along with winning the 1999 Rugby World Cup

In January 2008 it was announced that he will join Ricoh Black Rams of Japan. In 2010, Larkham returned to the Brumbies ahead of the 2011 Super Rugby season to take up the role of attack coach and was elevated to a dual head coach position in 2014.

In August 2018 he was inducted in the Rugby World Hall of Fame. Following "differences in attacking strategy" with coach Michael Cheika, Larkham was axed as Wallabies assistant coach in February 2019 and took on a national coaching advisor role with the union.