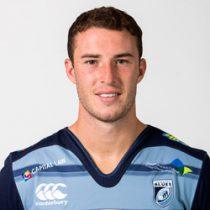 Steven Shingler was born in Swansea, Wales and represented Wales Under-20's on 14 occasions. Shingler made his debut for Llanelli RFC in 2009 and was soon on the regional stage, making four appearances during the season.

Steven started his career at home in Wales playing for Llanelli RFC, where he earned his first of 14 caps for Wales U20. In 2011 he signed for London Irish for his first stint in English Rugby. After making 47 appearances there he headed back to Wales with the Scarlets and stayed there for three years, playing 75 times and scoring an impressive 348 points.

In January 2012, Shingler was named in the provisional Scotland squad for the 2012 Six Nations, based on the fact that his mother was born in Dumfries, Scotland. However the WRU challenged this position, and the IRB ruled that Shingler was only eligible to play for Wales, and not Scotland.

In 2016, he headed east of Llanelli to join rivals Cardiff Blues where he scored 205 points in 60 appearances whilst battling with the likes of Gareth Anscombe for the starting shirt.