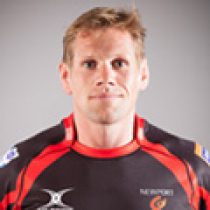 Having previously played for Wasps and Cardiff Blues. It was with the Blues he won the European Rugby Challenge Cup when they beat Toulon in 2010.

Thomas captained the Dragons in the 2015/2016 season and made 70 appearances in four years at the region.

In July 2017, Thomas brought an end to a long and successful playing career. The 35-year-old won 27 caps for Wales and played all four matches at the 2007 Rugby World Cup.

T Rhys Thomas has decided to hang up his boots and pursue a coaching career with the Dragons academy.