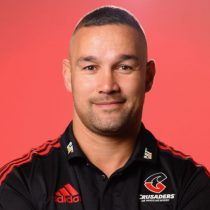 Born in Wellington, Tamati Ellison was an extremely talented centre who represented the likes of Wellington, the Hurricanes, Highlanders, Blues and Melbourne Rebels in Super Rugby before enjoying a stint in Japan.

He made his debut for the Wellington Lions in the 2003 NPC final defeat against Auckland and also captained the Lions during the 2007 Air New Zealand Cup, leading them to the final where they were once again defeated by Auckland. He was named as Wellington's Player of the Year for 2007.

He made his Super Rugby debut for the Blues in 2005, then went on to represent the Hurricanes from 2006 to 2010. Following a stint in Japan with Ricoh Black Rams, Ellison returned to New Zealand to link up with the Highlanders for their 2012 and 2013 seasons, before making his way back to Japan and the Black Rams.

He finished his Super Rugby playing career in 2016 after three seasons with the Melbourne Rebels, returning to Japan once again.

The centre also has a number of national honours to his name, pulling on the black jersey for the Junior All Blacks and the Maori All Blacks between 2005 and 2009, and winning a Commonwealth Games gold medal with the New Zealand Sevens team in 2006. In 2009, he earned selection in the All Blacks, becoming All Black number 1099 when he made his debut against Italy on the end of year tour.

The four-Test All Black was a player-coach in the Japanese Top League, with Kurita Water Gush, and he was part of the Wellington Lions coaching group for the 2020 provincial season.

In January 2021, the Crusaders confirmed the appointment of Tamati Ellison who will fill the coaching position vacated by Mark Jones, and will assist with team defence and position-specific player development.